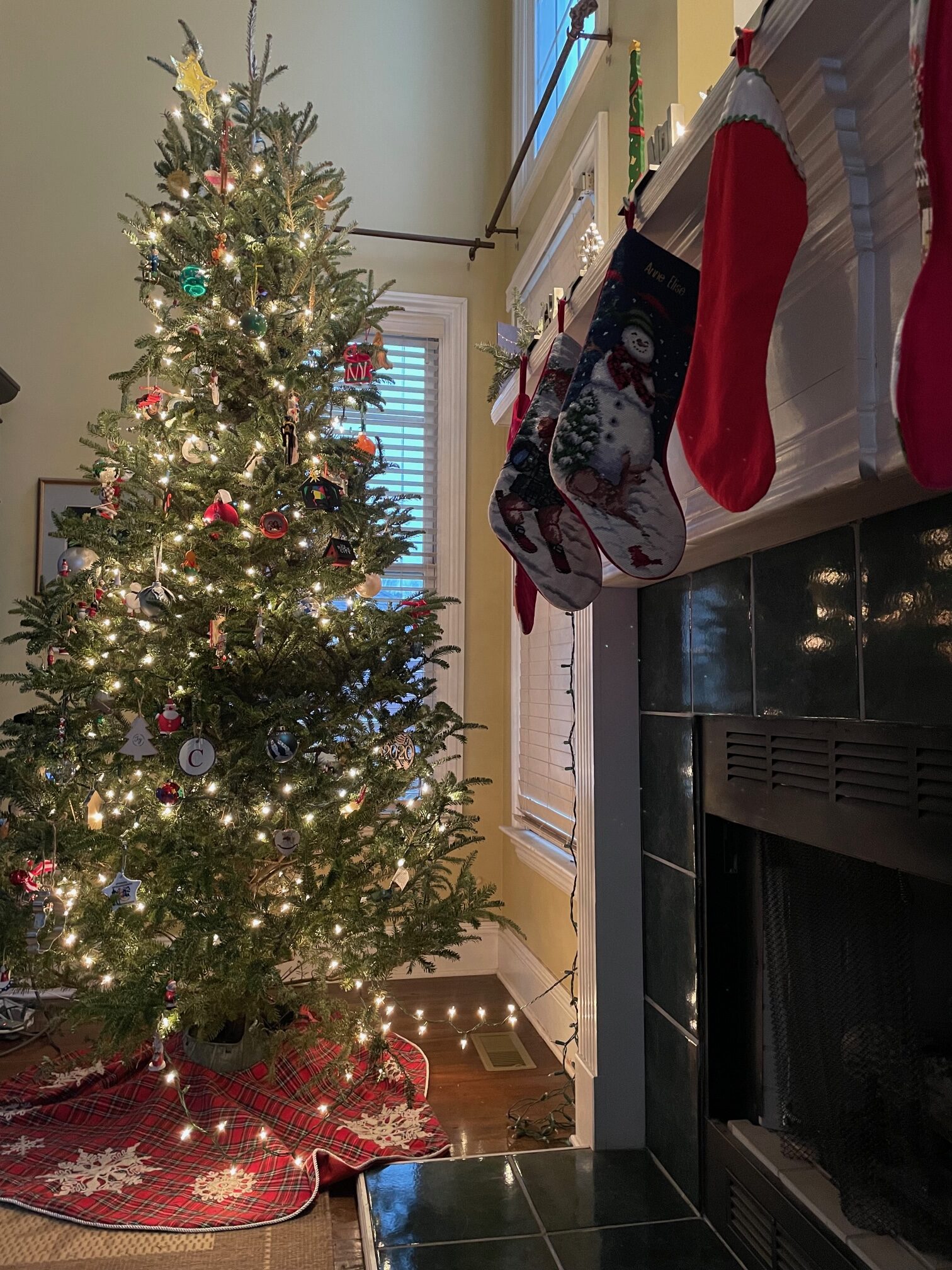 The ongoing pandemic has many of us on the verge of going nuts.  We are either frustrated because we think people are overdoing it, or because we think that people aren’t doing enough.  Either way, we are keeping at least a low grade of inner frustration burning at all times it seems.  For some, this has been ongoing since 2016.  For others, it began in 2021.  One thing I do not believe, at.all, is that it is good, or right, or healthy for humans to absorb a 24-hour global news cycle.  We were not made to know everything that is happening all at once.

During periods of my life, I have forgotten that, and I’ve stayed glued to the news, trying to understand and interpret what is going on.  We now have at least three channels of news a-piece to reflect our interpretations back to us, and we tend to camp out there, forgetting that the stretching of our interpretations by encountering differences of opinion seems to be what makes us more human, even if we don’t change our minds.  These channels, we forget, have the job–not of reporting the news and events of the present–but of keeping us engaged with them for their advertisers.  It is like the cigarette companies before we learned that they knew that what they were peddling was addictive.

Isn’t it interesting, therefore, that the one who brought all things into being, the one through whom all things were made, came into the world almost totally unnoticed by the power brokers of the Roman Empire.  Sure, the wise men had Herod paranoid enough to start a genocide, but had it not been for an ensemble of angels, a handful of shepherds, and some stargazers from the East, it might have gone completely unnoticed.  Without trumpets blazing, with “no banners unfurled,” as Pierce Pettis puts it, “God stepped into the world, held in the arms of a little girl named Miriam.”  The God of the Universe wrapped himself in the swaddling clothes of our humanity and became a creature of His own Creation.  The Second Person of the Trinity humbled Himself to take on a place in time and space in history, without for a moment giving up His divinity.  God and a baby, synonymous.

A bit of news unnoticed by the reporters chasing “the latest,” to alert an engaged audience of global event watchers.  The court reporters missed it.  The royal watchers missed it.  The elite in either capitol would have no idea it was even going on for decades until Yeshua Josephson stepped into the light from the shadows of obscurity, He who is light and life.

Perhaps, instead of chasing the global latest and missing the local and humble things God is trying to show us, we will be disciplined in 2022 to wait for the things toward which He is beckoning us to direct our attention.  Perhaps it will be a shock to the pace of our inner metronome to be led toward the quiet inner peace produced by the gentle rhythms of the Kingdom of God.  Perhaps it will increase, not diminish our knowledge and understanding of what life is actually about, knowing and being known by God and the others who are pursuing Him instead of the priorities of this world.  Perhaps we will leave the palaces of this world’s courts to go off to a quiet place to pray–as a daily or even hourly discipline–and we will encounter the glory of a Savior and a King there, always beckoning us to come and see where HE is, and what HE is up to, so that we might join Him in His work of bringing good news to the poor and freedom to captives.

May the God of all hope bless you and yours this Christmastide, and draw you close in the New Year.  Amen.